It is with great sadness that Vivienne Harwood Mattox announces the passing of her husband Donald Moss Mattox on February 21, 2022.  The many contributions that Don made to the fields of vacuum coating and surface engineering are well-known and widely recognized.  The technical community has lost a pioneer and many of us have lost a good friend who has been deeply loved and respected.

Don was born in Richmond, KY in 1932.  He obtained his B.S. degree in physics from Eastern Kentucky State University in 1953 and graduated while the Korean War was in progress.  He served as a meteorologist and Air Weather Officer in the USAF during and after the Korean War.  He flew weather reconnaissance and radioactive air sampling missions, over the Bering Sea and the North Pole in WWII era WB-29s.  He flew 100 missions and about 1500 hours in the 2 years he was stationed in Alaska.  After being discharged from the USAF he obtained an M.S. degree in solid state physics in 1960 from the University of Kentucky, Lexington where he received his introduction to vacuum coating and glass working.

The highlights of two important passages of Don’s life are described; a) his inventions and research at Sandia National Laboratories (SNL) (1961–1989); and b) the time after he retired from SNL in which he offered consulting and teaching services and authored several widely acclaimed books and chapters on PVD processing and other coating processes for notable different authors.

In 1961, he joined the Metallurgy Department of Sandia National Laboratories (SNL) in Albuquerque, NM.  Don’s initial job at SNL involved developing new processes for reliably making products as needed, and then transferring the processes to an “integrated contractor” for production.  His work also involved “troubleshooting” existing production problems.  His first troubleshooting trip led to the solution of an adhesion problem of cadmium on steel.  That got Don thinking about the adhesion of vacuum deposited coatings.  The metallurgists maintained that to get good adhesion you needed solid solubility.  Being a solid-state physicist Don was convinced that getting good atom-to-atom contact should provide good adhesion.  Don thought that using thermal evaporation while sputtering the substrate surface might produce a “clean” interface and good atom-to-atom contact.  He did several definitive experiments and found that his “ion plating” technique enabled adherent metal coatings to be deposited on metallic substrates that could not be coated effectively with conventional techniques.  At SNL ion plating was used to deposit aluminum on the uranium fuel assembly of two pulsed reactors, thereby eliminating radioactive contamination due to flaking of corrosion products from the fuel.  Very quickly the process was used throughout the Atomic Energy Commission (AEC) nuclear weapons complex.

In the January 1965 issue of Time magazine, an interesting short news item was published regarding the ion plating patent that was awarded to the AEC in the name of Don Mattox.  It was titled, “Electronics: Plating with Permanence.”  Don published a personal account of the early years of Ion Plating in 2018 (https://www.mpinm.com/index.php/2018/11/12/ion-plating-a-personal-account-of-the-early-years/).  This article (which is a Blog on this MPI Website) describes the way that ion plating was used by the AEC and in applications by McDonnell-Douglas, NASA, General Electric, and many other industrial organizations.

Throughout the following years, Don’s group at SNL was responsible for process development, process troubleshooting and technology transfer as related to surfaces and interfaces.  By the mid 70s, Don’s group became involved in solar energy (depositing selective solar thermal absorbers), fusion reactor technology (coating TOKAMAK limiters), and in developing a lithium source for the SNL fusion PBFA fusion reactor experiments.  Several of Don’s later years at SNL were spent with the Future Options Group (FOG) where he specialized in the historic and possible future aspects of chemical warfare.  Don retired from SNL in 1989 as the Supervisor of SNL’s Surface and Interface Technology Division in the Materials Science Directorate.

In 1985 Vivienne and Don founded Management Plus, Inc. (MPI), an association management company.  After his retirement from SNL, he provided consulting services on PVD processing, technology transfer, and patent litigation to the vacuum coating industry.  Don became very interested in the history of vacuum coating as he became involved in patent litigation, since most published technical work ignored the patent literature.  In 1989 Don’s consulting work was folded into MPI.  Some of these services are listed below.

In the summer of 1988, MPI was approached by the Society of Vacuum Coating (SVC) to become the new association management provider for the SVC.  Vivienne became the SVC Executive Director and Don became the first SVC Technical Director in 1991.  MPI managed SVC for 28 years. and worked closely with the SVC Board of Directors to make SVC the preeminent forum for addressing the engineering problems associated with up-scaling and transferring vacuum coating processes and equipment from R&D to manufacturing.  MPI also managed the Association of Vacuum Equipment Manufacturers (AVEM) for 14 years. (1993–2007).  Don was the Technical Director of AVEM.

Don developed short courses on aspects of vacuum coating, surface preparation and enabling technologies for several different organizations over a span of 35 years.  His first course was presented in 1971 for the American Vacuum Society (AVS).  He also presented courses for the Materials Research Society (MRS), for the Society of Vacuum Coaters (SVC), and for Plasma Surface Engineering (PSE).  In addition, he presented on-site courses at numerous academic and industrial sites throughout the world.

1988
At the 9th International Conference on Vacuum Metallurgy (ICVM), the AVS Metallurgy Division recognized him for “Contributions to Metallurgical Coating Technology for the period 1961-1988”

1995
American Vacuum Society (AVS) Albert Nerken Award: “For his invention of the ion-plating process and its continued development”

2004
SVC named the noon hour Technical Conference Tutorial as the “The Donald M. Mattox Tutorial Program” and Don received a Lifetime membership in the society

2007
Award Plaque – SVC Nathaniel H. Sugerman Memorial Award: “For his development of the ion plating process, long-term commitment to education in the vacuum coating community, and outstanding service to the SVC”

The most recent and significant books co-edited, and book chapters and articles written by Don are listed below:

An interesting review of Don’s life can be found on the SVC Website in an Oral History Interview with Don by Ric Shimshock in 2002 at the 45th SVC Annual Technical Conference in Orlando, FL.  https://www.svc.org/AboutSVC/Oral-History-Interview-with-Donald-M-Mattox-DMM.cfm

Don’s personal life involved mountaineering, canyoneering, hiking, and traveling.  He climbed Nevado Chopicalqui (20,846 ft) in the Peruvian Andes, the Central Ruwenzori Mountains (Mountains of the Moon) of Uganda, Mount Cook in New Zealand, the Khumbu (Everest) and Annapurna massif regions of Nepal, as well as the volcanoes of Mexico.  Over the years Don spent several hundred days hiking and exploring in the Grand Canyon of Arizona, often with his hiking companion George Steck.  Don also spent many Easter vacations traveling and hiking in Mexico’s Sierra Madre Occidental the home of the Tarahumara Indians.  In 1975 Don and several companions made the first continuous hiking/pack-rafting trip through the Barranca del Cobre (Copper Canyon) of Mexico (from the Humira Bridge to Urique).

Vivienne joined Don trekking the Milford Track in New Zealand, areas of Nepal, the Grand Canyon, and the mountain trails in NM and AZ.  They both visited together wonderful parts of Israel, Jordan, Egypt, Australia, Tasmania, Japan, Iceland, Galapagos, Costa Rica, Panama, Belize, Mexico, and Europe, including Italy, Crete, Greece, and the UK.  Their home was once described as a “museum with a soul” by a special friend since so many treasures had been collected from different countries and cultures on worldwide travels.

Don was Chairman of the Albuquerque Mountain Rescue Council (AMRC) for 12 years (1963–1975) and developed the training program that allowed the AMRC to become a member of the national Mountain Rescue Association.  Don, along with several others, wrote the Search and Rescue (SAR) Plan for New Mexico that was implemented by an executive order of NM Governor Jerry Apodaca in 1978.  The plan is still in effect throughout New Mexico.

Don is survived by his loving wife and partner Vivienne Harwood Mattox; his daughter Melissa Mattox and her daughters Lindsey and Carly; and his stepson Kyle Harwood and wife Elege Harwood and their sons, Steck, Meyer, and Archer. 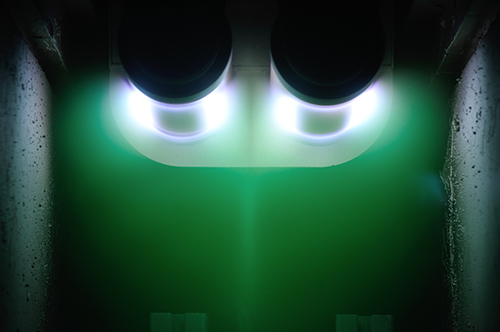